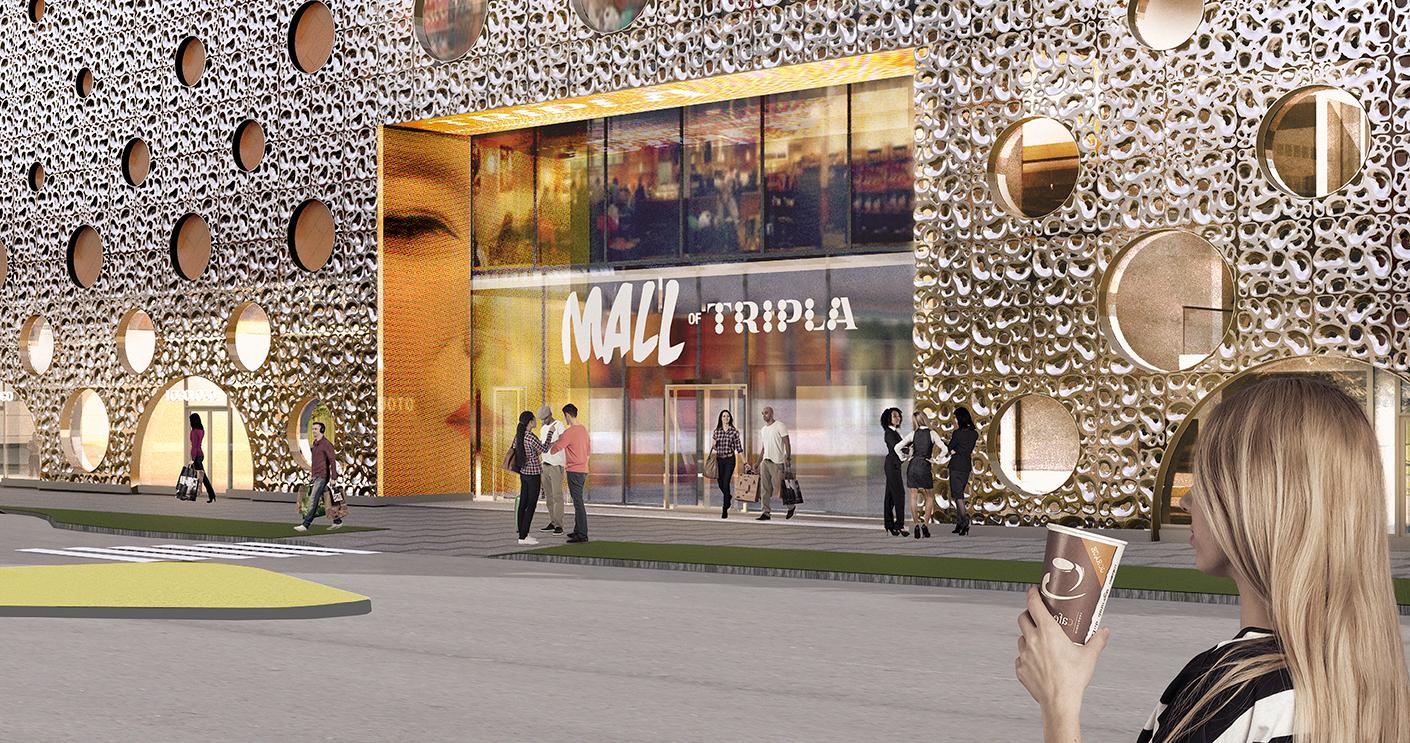 “It was a pleasant surprise to see that the appropriate technology and readiness for production could be found in Äänekoski”, says Jarkko Pakkala, Director for Project Development at Tripla to the Rakennuslehti magazine.

Out of numerous options, the façade of the Tripla mall in Pasila, Helsinki, was chosen to be built out of stainless steel plate that has been produced with the deep drawing method. An article by Rakennuslehti (31/2018) says that the contractors were surprised to find a solution for what they were looking for in Finland.

“First we assumed that we would have to contact a company abroad to build this type of a façade. It was a pleasant surprise to see that the appropriate technology and readiness for production could be found in Äänekoski”, says Jarkko Pakkala, Director for Project Development at Tripla to Rakennuslehti magazine. Meconet was chosen as the façade contractor after active search by the main building contractor and the architects.

Tripla’s facades have been developed for three years through i.e. innovation competitions. “It was clear that the structure would need to be weather-proof and have a long lifespan but also safe and as easy to maintain as possible,” Pakkala says. The contractors decided that stainless steel plates produced by deep drawing best suited the criteria. “Especially since they can be customised in surprisingly many ways,” Pakkala says. At first, they had considered painted aluminium parts but soon realised those would not be up to the task.

While the Meconet factory in Äänekoski is producing 5,000 thin plates by the deep drawing method, the factory in Vantaa has been testing their quality. “The material and production expertise at Meconet as well as the company’s domestic location were invaluably important factors when we started development. At the Vantaa factory, we could test surface finishes, reflectivity and implementation of the design in a short time,” architect Kalle Soini from the architecture company Soini & Horto says.

YIT’s Tripla project received the honour of the Construction Site of the Year 2018 (Vuoden Työmaa 2018) and it will be constructed in sections from 2019-2020. Middle Pasila is one of the most crucial areas of development for the city of Helsinki in the next few years. Tripla will connect Eastern and Western Pasila as well as connect them to the new residential area in the north and the planned high-rise building area in the south.

Tripla has made a lot of innovation in both production and products. Its net value is approximately 1.2 billion euro, it has about 1,000 employees, administrative staff of 200 and 5,000 followed companies. Its total area of 363,000 gross squares is the equivalent of 50 football fields according to calculations by Rakennuslehti.